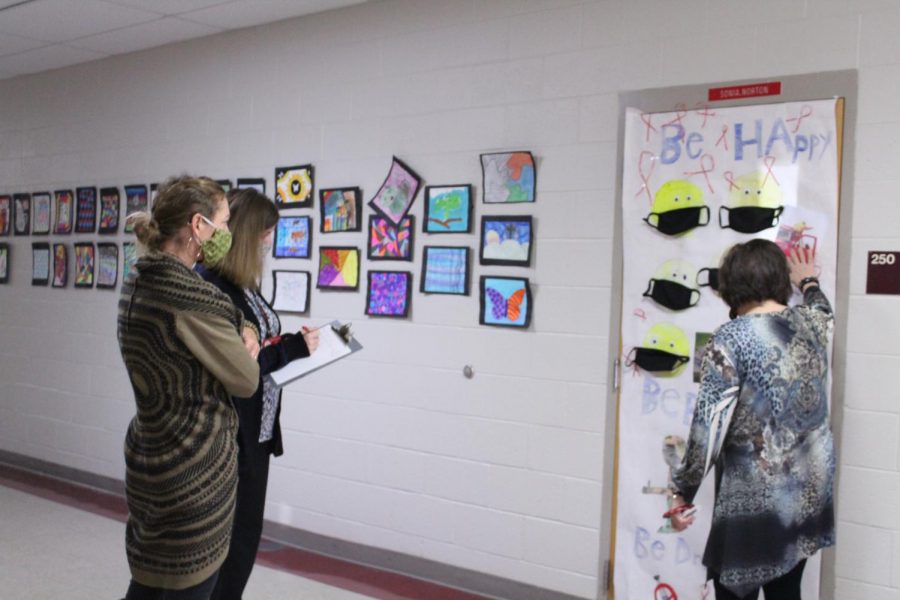 A door decorating contest took place for Red Ribbon Week, and today, Sonia Norton’s classroom was chosen as the winner.

Norton, a special education teacher, and her class will receive a pizza lunch as their prize. The door decorating contest was a project of Student Council and National Junior Honor Society.

Norton said she was thrilled that her class won the contest after her class worked diligently to get it finished. She said she hopes that the project, along with Red Ribbon Week, will teach kids to not do drugs and to be strong.

The theme for Red Ribbon Week and the door decorating contest was “Be Happy. Be Brave. Be Drug Free.”

Gee said that there were a lot of doors she liked, but only three doors captured the theme. Things were narrowed down from there, until Norton’s door was selected as the winner.