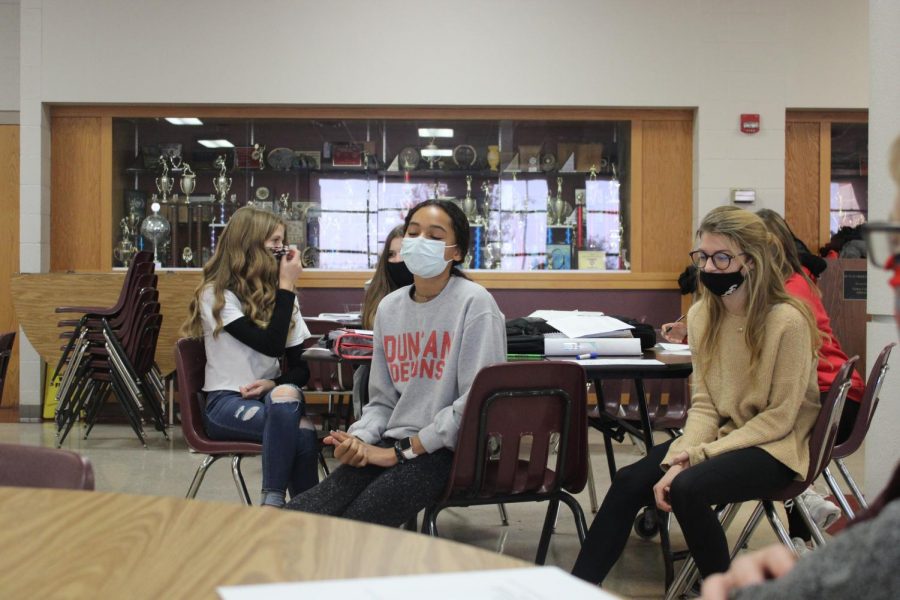 Members of the Duncan Middle School Student Council met during WIN on Friday to talk about upcoming events that they will take part in during the school year.

The representatives were asked for ideas for events, and they talked about what they plan to do to help the school and to achieve goals for the group.

This year, the Student Council decided to come up with teams to help around the school. The teams had one officer with a team full of representatives. The representatives got to choose which team they wanted to be on. The teams have responsibilities to look over such as the sixth, seventh and eighth grades, and some have electives and the office.

The Student Council members also talked about Anti-Bullying Week and discussed the dress-up days, which include Pajama Day, College Team Day, Fictional Character Day, Decade Day and Spirit Day. There will not be an assembly this year because of COVID-19, but Derrick Miller’s journalism WIN class is working on videos for the school watch. The videos will explain what bullying is.

Members also discussed the return of the morning announcements.